How to get the most out of your Peplink device

SpeedFusion and the Internet Mix (IMIX)

Internet Mix (IMIX) is a measurement of typical internet traffic passing through network equipment, such as routers, switches, or firewalls. When measuring equipment performance using an IMIX of packets, performance is assumed to resemble what can be seen in real life.
The IMIX traffic profile is used in the industry to simulate real-world traffic patterns and packet distributions. IMIX profiles are based on statistical sampling done on internet routers. More information about IMIX can be found here: https://en.wikipedia.org/wiki/Internet_Mix

The IMIX Standard and the SpeedFusion Overhead 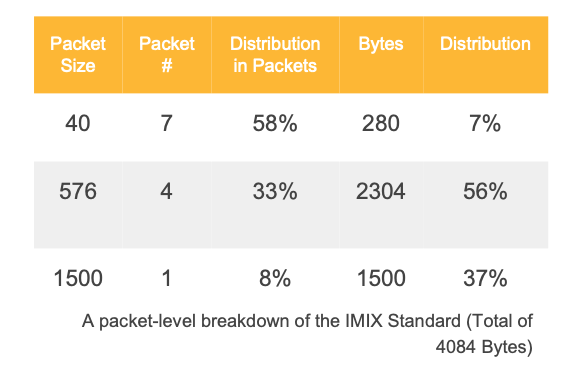 Accounting for SpeedFusion bandwidth overhead and assuming the traffic passing across the links is similar to the IMIX standard mentioned previously, we can calculate available real-world bandwidth at the remote site:

It is important to explain SpeedFusion bandwidth overhead to your end users so that they understand why they will not get full 20Mbps/4Mbps bandwidth when using VPN bonding. Remember, conventional VPN technology such as IPsec has an overhead of 14.6%. For only 4% of additional overhead, SpeedFusion provides bandwidth aggregation & WAN resilience.

InControl 2  is the management platform

This means everything you configure on InControl is synced back to the local device configuration and processed by the local hardware. InControl doesn’t do any processing on it’s own, it’s for easy management, easy viewing and platform rollouts. Therefore more processing power on device level gives a clear advantage. 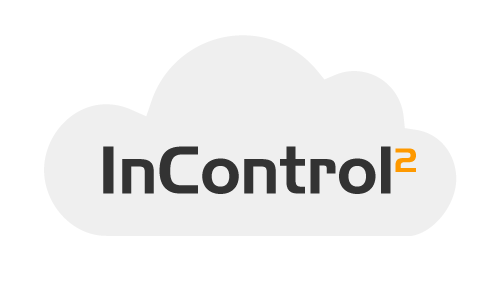 Please check below reasons/solutions to help you get the most of your device.

If a feature you enable is CPU intensive your throughput can be lower. Tasks like QoS and bandwidth management are CPU intensive, because all packets have to be inspected. So the more features you activate on your device, it can affect your device CPU load. For example, the Balance One - 5 WAN license reduce throughput of the Balance One and One Core from 600Mbps to 400Mbps.

On every router (and also every computer) the available resource are shared with all processes, it can only do so much at any given time. Please consider to upgrade your device, there are options like a trade-in or a return of your device.

When latency characteristics are the same across connected WAN links, it has very little effect on SpeedFusion bandwidth throughput. However, when the latency of WAN links varies considerably, bandwidth throughput is affected. In certain conditions, such as regular timed packet loss on the above LTE link, combined with typically high latency found on these types of links, the TCP protocol method of retransmitting lost packets can have a drastic effect on available bandwidth over the VPN. This is another reason why we recommend that, whenever possible, high latency links be used for failover and not as an active SpeedFusion WAN link.

The amount of bandwidth available on a LTE or satellite data connection is dependent on a number of factors:

● Signal Strength -Determined by the distance to the nearest cellular tower (or visibility of the satellite) and the subsequent signal quality received.

We frequently see users who have 100% signal strength yet get only a small percentage of the bandwidth. This can be because there simply isn't enough backhaul bandwidth at a cell tower or ground station to the ISP's backbone, and what is available is saturated. When it is a matter of contention of the service, the easiest way to improve your chances of getting more bandwidth is to create another connection using an additional vSAT or cellular modem connection. This allows you to get twice as much of the time allocated to your devices, and the amount of bandwidth shared with you for your SpeedFusion connection is increased

Most internet connections are provided as a contended service. This means that although your provider has advised you will get up to 24Mbps broadband over DSL for example, depending on how oversubscribed your DSL service is (literally how many people in your area are connected to the ISP's service), the bandwidth that's actually available at any given moment could be considerably less.
The amount of bandwidth available on a contented service can vary considerably over the period of a day (and even minute to minute), with higher speeds possible during working hours compared to the evenings when your neighbours are home and using the same internet service heavily.
Adding an additional fixed line service from the same ISP can give you a 'bigger share' of the bandwidth that's available. 1 :1 contended services are available from ISPs to counter this issue but are naturally more expensive than 20:1 or 50:1 services.

New Zealand ISPs are operating a massive content cache platform. This is historically grown, as NZ is a bit far away from mainstream internet backbones. To avoid bottlenecks a lot of content is cached in New Zealand, means if you download a 12 GB OS image, you are not downloading it from overseas, instead the ISP DNS is redirecting to the country content cache and you get a download within NZ, which is not touching or congesting international links.

New Zealand’s in country content cache sends out packets with a payload close to jumbo frames (with a payload of 4.000 to 7.000 bytes per packet). Usually that won’t work on the internet as the MTU (maximum transfer unit per packet) is fixed to 1500 bytes (minus protocol overhead). These jumbo sized frames simply don’t fit into a VPN tunnel (from any vendor), means they need to be split (fragmented), buffered and sent in many, many small chunks through the tunnel, then re-assembled on the other side. This creates big side effects, not only on CPU load, but also on local buffer limits, lost fragments and therefore packet re-transmissions.

Workaround for now: The NZ ISPs are redirecting to the local content delivery via their own DNS (usually automatically assigned by the ISP to your WANs). If you take out the ISP DNS and replace them on all participating sides (including computers with own DNS setup) with public global DNS servers, then you wont getting redirecting to the national content cache platform. Instead you receive data from the nearest overseas server, which follows standard packet sizes.

How can we help you today?
We are just a click away ...